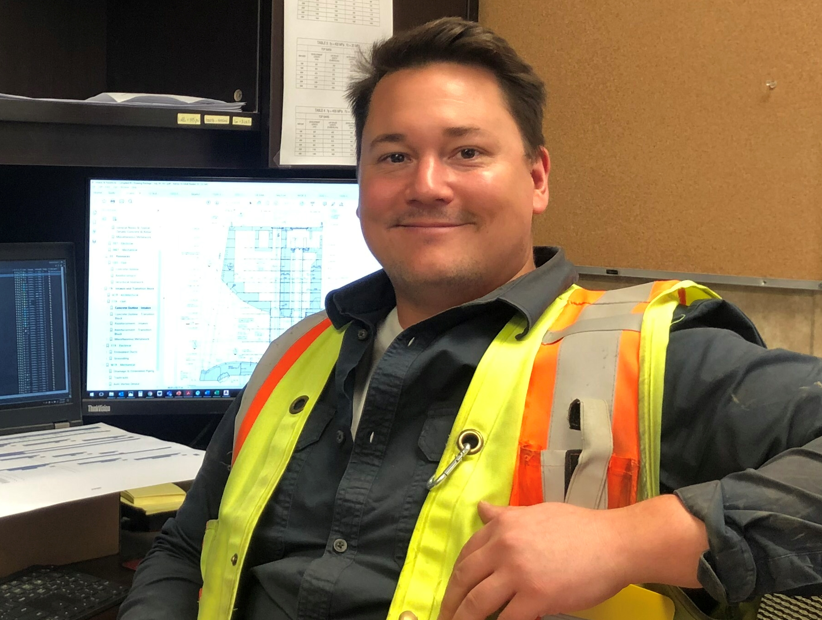 Kory got his Engineering degree from UBC, but he started his studies in Kamloops at Thompson Rivers University in a one-year UBC Engineering transfer program.  He followed the Co-op stream and had an 8-month term with Jim Dent Construction on a remote Run-of-River Hydroelectric project. Upon graduation they offered him a position as a Quality Inspector on another Run-of-River project.

Working for Dent, he found himself at the Site C Southbank Substation Project and worked his way up to the position of Quality Manager.  But Kory’s real goal was to work in operations and production.  One night, as the substation contract was winding down, he was walking through the halls at the Two Rivers Lodge and ran into a good friend from UBC who worked for AFDE.  They talked career plans and opportunities in the industry…. and shortly after he was offered a position.  He joined the AFDE team once his commitments at the Substation were completed.

Kory is a member of the Tzeachten First Nation, located in and around Chilliwack and one of several First Nations that make up the greater Sto:lo Nation.  He grew up in Kamloops but now on his days off, Kory heads to Kelowna, where he has a home with his partner Mallory – a Mechanical Engineer with the City of Kelowna.  They met way back in their student days at TRU and have been together ever since.  They enjoy the outdoor recreation activities that are so accessible in the Okanagan – skiing, golf, as well as snowshoeing and hiking with their dog, a golden/lab named Leo.  He is also constantly taking on small home renovation projects – because it’s just something he likes to do.  He loves to work with his hands and watch ideas become real.

Although he has excelled in the technical aspects essential for Quality Management and Field Engineering, Kory’s real passion is Construction Management.  Before following the educational path required for engineering, Kory completed two years of a plumbing apprenticeship.  His favourite part of being a Field Engineer was working with and listening to the tradespeople on site, taking their knowledge and experience back to the office and incorporating what he learned from them into engineering solutions to the challenges encountered at the workface.

So, he is excited to take up the new opportunity that has been presented to him.  Kory has transferred over to the Headworks, where he will fill the role of Superintendent.  He is looking forward to taking on more responsibility in guiding the work – and he plans to soak up as much as he can in this position to make himself an even more effective leader in the industry.

And – he’s going to enjoy the trip to Disneyland in April with his step-son Naish – a trip that they’ve had to put on hold for two years because of Covid.

Thank you Kory, for your leadership – and best wishes as you take on your new assignment. 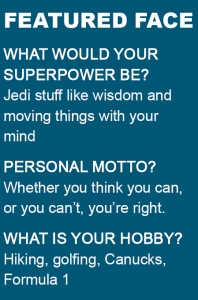