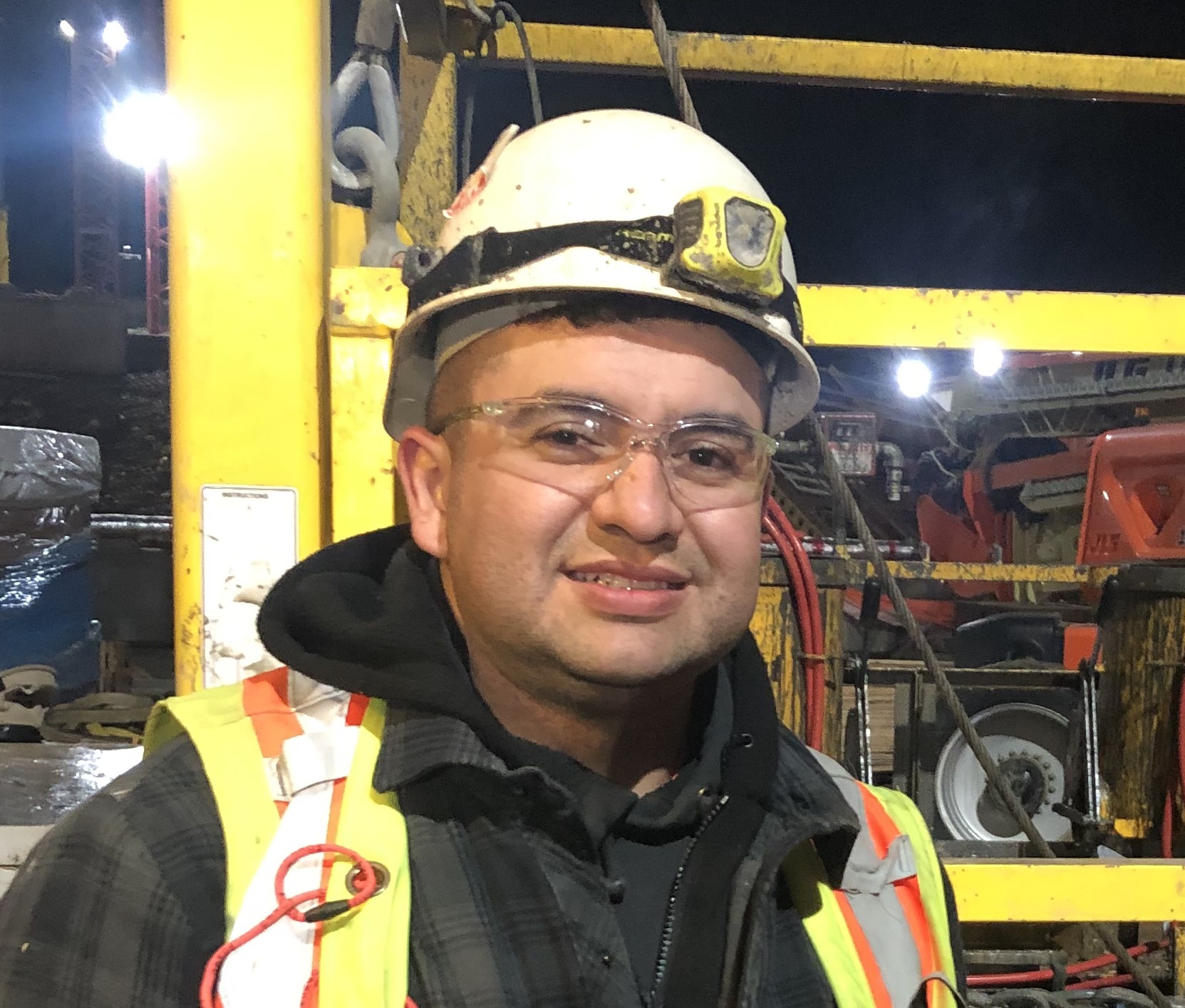 Leo Alvarez remembers the exact date he started with AFDE – May 17th, 2019.  At that time, the Intakes & Penstocks were just getting underway, and he has primarily been assigned to placing and finishing concrete in that segment ever since, although he and his crews deploy to other segments when additional help is needed.

Leo was born in Cucuta Colombia, near the Venezuelan border.  When he was 10 years old, his family moved to the capital of Bogota where there were better schools.  His family owned several grocery stores, and at the age of 17, Leo became the owner and manager of a small produce store.

He moved from Bogota to Calgary in 2005 and began working with his uncle, placing and finishing concrete.  In 2007 he started his own company, focusing on flatwork in the commercial & industrial sectors.  In 2012 he enrolled at the Southern Alberta Institute of Technology (SAIT).  During his studies, he continued to operate his company in order to support his family and pay tuition at the same time.  It was a tremendous workload, but he graduated in 2014 as a Petroleum Engineering Technologist.

Although he will never regret the time spent on his formal education, for Leo, the timing couldn’t have been worse.  Right when he received his Diploma, the Oil and Gas industry went bust.  He continued to operate his concrete business, but the general economic climate in Calgary made it harder and harder to find sustainable work.  When he got the opportunity to work for AFDE, he folded his company and began to work as a Concrete Specialist – for the first time in a long time, as an employee.  He has since been promoted, and now carries the responsibility for multiple crews as a General Foreman.

On his days off, Leo loves to spend time with his family – his wife of 16 years, and his two daughters.  They like to go to the theatre together, and his daughters both study music and enjoy playing different instruments.  He also likes to cook (mixing the ingredients while baking isn’t much different than batching concrete), but freely admits that his wife is the real gourmet chef, and what he really loves is eating anything that she prepares.

He is also passionate about soccer.  He plays in recreational leagues, both indoor and outdoor, whenever he gets a chance, and during his time as a student at SAIT, his team won the intramural championship.  And in 2014, he made the pilgrimage to Brazil in order to take in the FIFA World Cup, where he was filled with pride when Colombian James Rodriguez from his hometown of Cucuta was awarded the Golden Boot.

For Leo, the best part about his position is the opportunity to develop the people that he is responsible for.  He expects hard work, but at the same time, he always makes the effort to recognize employees who want to learn and does all he can to teach them how to work safely and productively while turning out quality work.

Thank you, Leo, for your dedication to the Project! 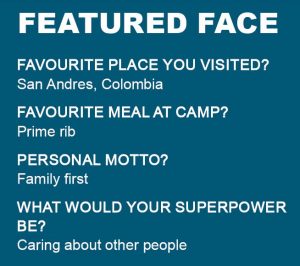