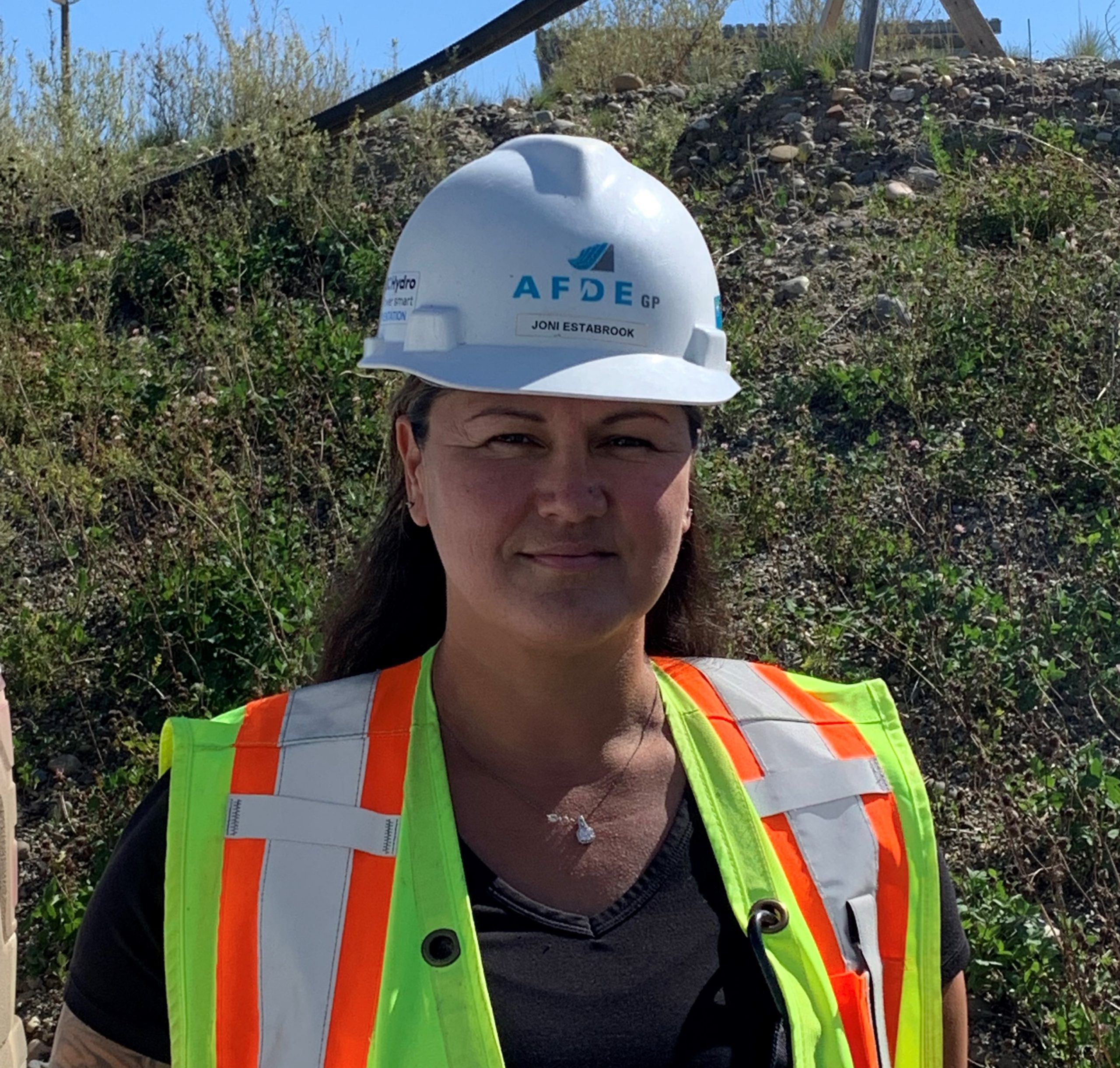 Joni Estabrook began her construction career in the Mining industry as an entry-level Quality Control Technician. She was hired by Lehigh Hanson, and initially received her training on-the-job. Additional training was later supported by the company with courses at BCIT as an Assayer. Her work at Lehigh involved sampling and testing all materials produced and shipped from the Sechelt aggregate mine. It was an excellent way to start to a career in her own backyard. Joni was born and raised in Sechelt on the Sunshine Coast and is a proud member of the Shíshálh Nation.

After 6 years with Lehigh, Joni decided to make a move from materials into the construction industry. She applied as a QC Tech with a Run-of-River Hydro project. There, the employer offered her the opportunity to train as a concrete tester and earthworks specialist. She then moved to Site C, working at the Substation for about a year, where her employer sponsored her for additional training from the Canadian Council of Independent Laboratories (CCIL) which gave her the certification required to oversee the on-site laboratory.

When that project was complete, Joni returned to mining, working at Teck’s coal operations in Sparwood, BC. Then, after almost 10 years of experience as a QC Tech, Joni joined the AFDE Team – almost a year ago now – as a Quality Inspector. She continues to learn every day, and says, “Working at AFDE has been the greatest experience; I feel so fortunate to work and train under some of the industry’s best.”

She loves to return home on her days off to be near the ocean, where she enjoys spending time with her 5 children and 3 grandchildren. She enjoys walking along the coast, sampling fresh seafood, and is a PADI certified scuba diver. Returning to the small-town feel of the Sunshine Coast, she notes that one thing which has really stood out for her while working at Site C is the diversity of people and cultures working on the project. The size of the project, the population density that she experienced while in camp, and the people who come from all over the world to work on this project has really appealed to her.

Like most people who love their jobs, Joni believes in using her experience to encourage others. “As a First Nations woman, I am proud to be a decision maker in this male-dominated industry. I was determined to work as hard as I could and willing to take on any training that was offered to me in order to advance my career.” What she enjoys most at AFDE is the camaraderie, Team focus, and generally, the attitudes of the people that she works with. Joni worked for 3 years as an Esthetician, and says of her former clients, “Now those people were difficult!”

To those who may be thinking of joining the industry, but are hesitant, she says: “The opportunity is out there…just be willing to take a chance!” 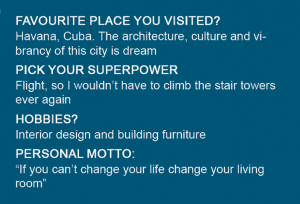