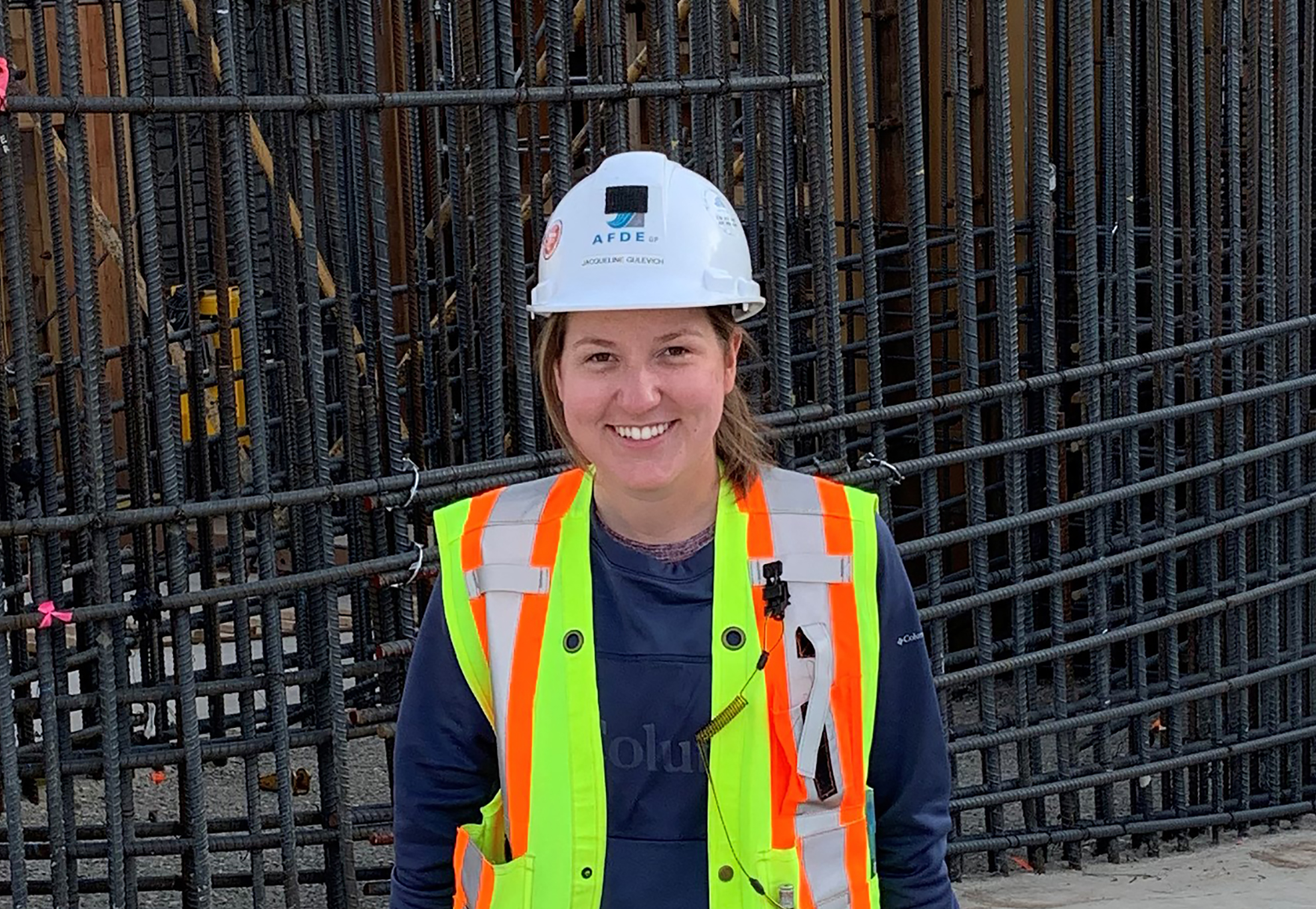 Jacqueline Gulevich has strong ties to Fort St. John – she grew up here. Her dad works in the Oil & Gas sector, her mom is a Dental Hygienist running her own practice in town, and her sister is an Environmental Engineer with Urban Systems at their FSJ branch on 100th street. She attended North Peace Secondary School and was a competitive Irish Dancer, training at a local studio.

Jacquie excelled in Math and Sciences, and after High School was accepted into the Faculty of Science at the University of Victoria. She had thoughts of going into Medicine, but when she realized that she preferred Physics over Biology, and after being influenced by her sister, decided to make the switch to Civil Engineering.

She found that her favourite courses were in Construction Management. Registered in the Co-op program, she had three work term placements with Aecon, and after graduating from UVIC, accepted a position with Aecon in the Mining group. She worked as a Project Coordinator on smaller projects which gave her the opportunity to manage all aspects of the construction. The work was primarily in Fort McMurray, with support coming from the Aecon offices in Calgary, where she now makes her home.

Joining the AFDE Team in the fall of 2018, Jacquie was initially assigned to process and track all the submittals, working closely with the Design, Quality and Document Control groups. She also took the opportunity to help with the Project Controls team whenever she could. Jacquie performed remarkably well at all these tasks, and she has a real appreciation for the time that she spent in the Area 33 office. The level of detail and the variety of tasks that she undertook gave her broad exposure and a real insight into the depth of contractual issues. She knows that these experiences will serve her well as her career progresses.

But Jacquie really enjoys being hands-on in the work, so when the opportunity came to help manage the construction of the Peace River Debris Boom last spring, she jumped at it. From there she joined the Headworks Team, and now enjoys her time being with the crews and contributing to the work as it progresses from the ground up. There is a lot going on all the time, a lot to do, and a lot to learn. Jacquie tries to live by some advice that she once received: “Don’t be afraid to ask for help… but also know when to refuse it.”

On her days off, Jacquie returns home to Calgary – but she spends most of her time in the mountains; hiking, camping, snowshoeing and skiing. She loves to travel, having visited 5 continents, and hoping to add the next as soon as she can.

Thank you, Jacquie, for always being ready to step up and take on a new challenge, and for everything you do to make AFDE a great Team! 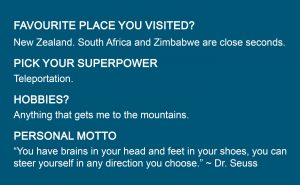