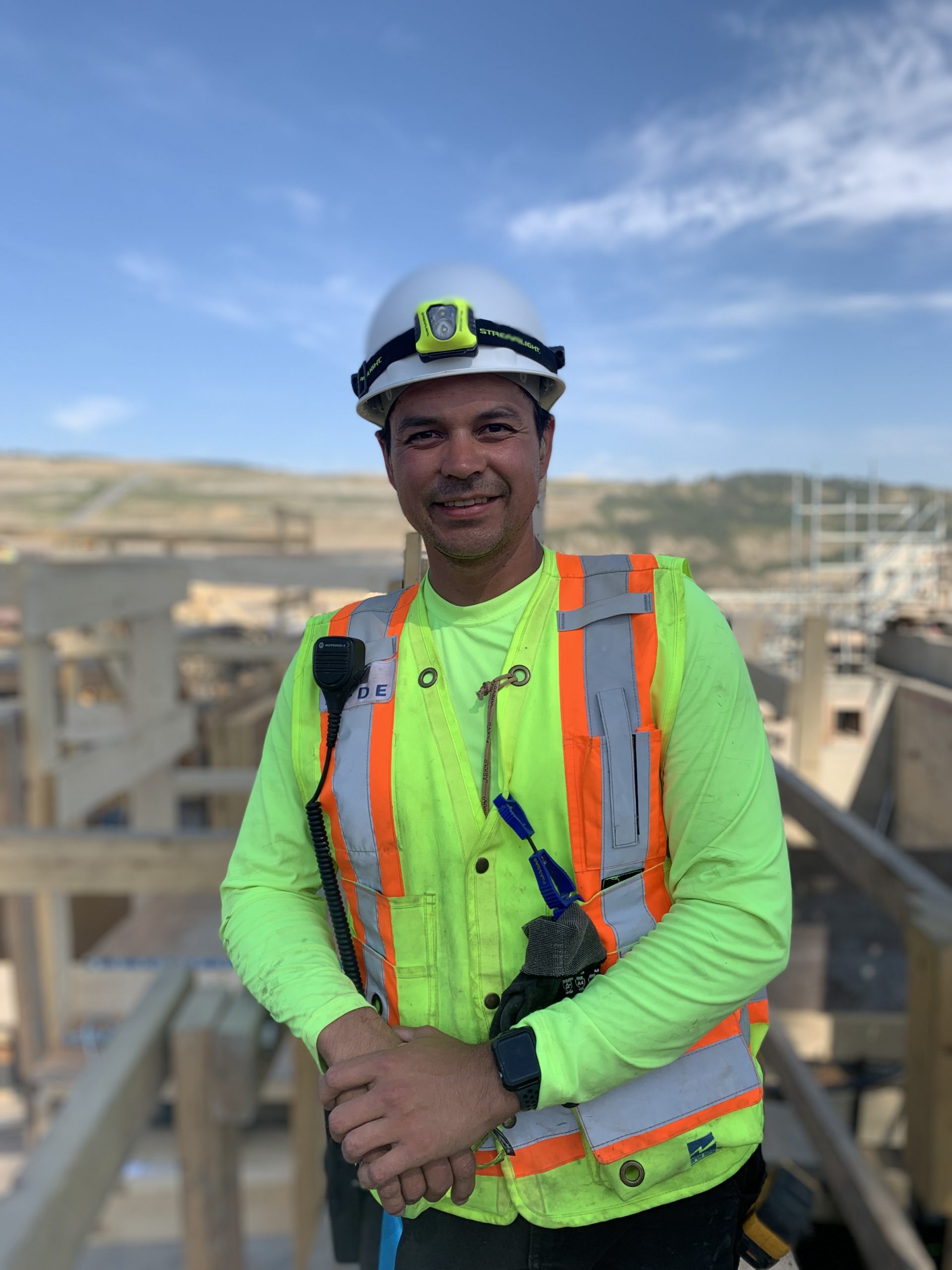 Ed Smith was born and raised in the village of Old Masset at the North end of Graham Island on Haida Gwaii.  He and his wife Alexa – a Registered Massage Therapist who currently stays at home raising their three sons Markus (8), Axl (4) and Greyson (born January 1st, 2022) – now live in Kelowna.

Ed started with AFDE in April 2019, just as the Intakes and Penstocks segment was getting underway.  A Journeyman Carpenter, Ed was quickly assigned to be a Foreman when the crews were being set up.  He moved from the Intakes to work on the Penstock concrete encasement where he was promoted to General Foreman.  He has since moved back to complete the remaining Intakes Units.

Growing up in Old Massett, Ed spent his summers working at fishing lodges.  His career in Carpentry started by chance.  He was 19 years old, unemployed, and just “hanging out” on the street when a carpenter who was framing houses in the community stopped his truck and told him: “get in, I need some help.”  Ed went to work that day, using his youthful energy to help the older gentleman stand up some walls and move material around the site.  Then he went back the next day…and the next….  He started learning by simply showing up and making himself useful.

After a while, the work started to slow down and wasn’t consistent.  So, Ed moved to Victoria, where he started his apprenticeship while working for Farmer Construction.  After 2 years, he moved to Vancouver where he worked for PCL.  When he finished his Level II Technical Training at BCIT, he started working in residential carpentry, where he stayed for 10 years.  He enjoyed the variety of work that he was exposed to and found that he was constantly being challenged by something new.  Wanting to try something different again, he applied with AFDE, and has been on the GSS Project continually for more than 3 ½ years now.

When Ed thinks about what attracted him to the trade, he realizes that he loves building and working with his hands.  He takes pride in his work and likes to look back on a job and say, “I did that”.  He also values being recognized by his peers for his strong work ethic and the quality of the work that he produces.

Like most people who are passionate about their work, Ed is enthusiastic about passing on what he has learned.  He says that the best part about being in a leadership position is that it affords him an opportunity to develop new talent.  He loves to work with apprentices and takes the approach to teach not only “How”, but “Why” things are done in a particular way.  His advice to those who are new to the trade is to always ask questions.  He accepts that mistakes will be made – and when they are, he teaches that it’s best to own them, and learn from them.

This is the approach he takes with anyone who works under his supervision.  But as a member of the Haida Nation, he is proud of his ancestry and where he comes from, and readily accepts being a role model for Indigenous youth in particular.  Looking back on his own youth, he notes that he had a real lack of confidence, with no real dreams or goals.  He often finds himself reflecting on the difference the trade has brought to his life, and when he does, he acknowledges the people who helped him get to where he is.  That motivates him to do the same for anyone else who is willing to take on the opportunity.

Thanks Ed, for your dedication to building “Projects” AND “People”! 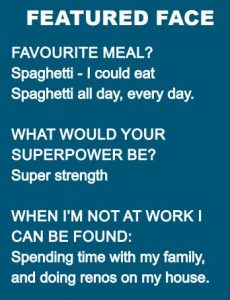