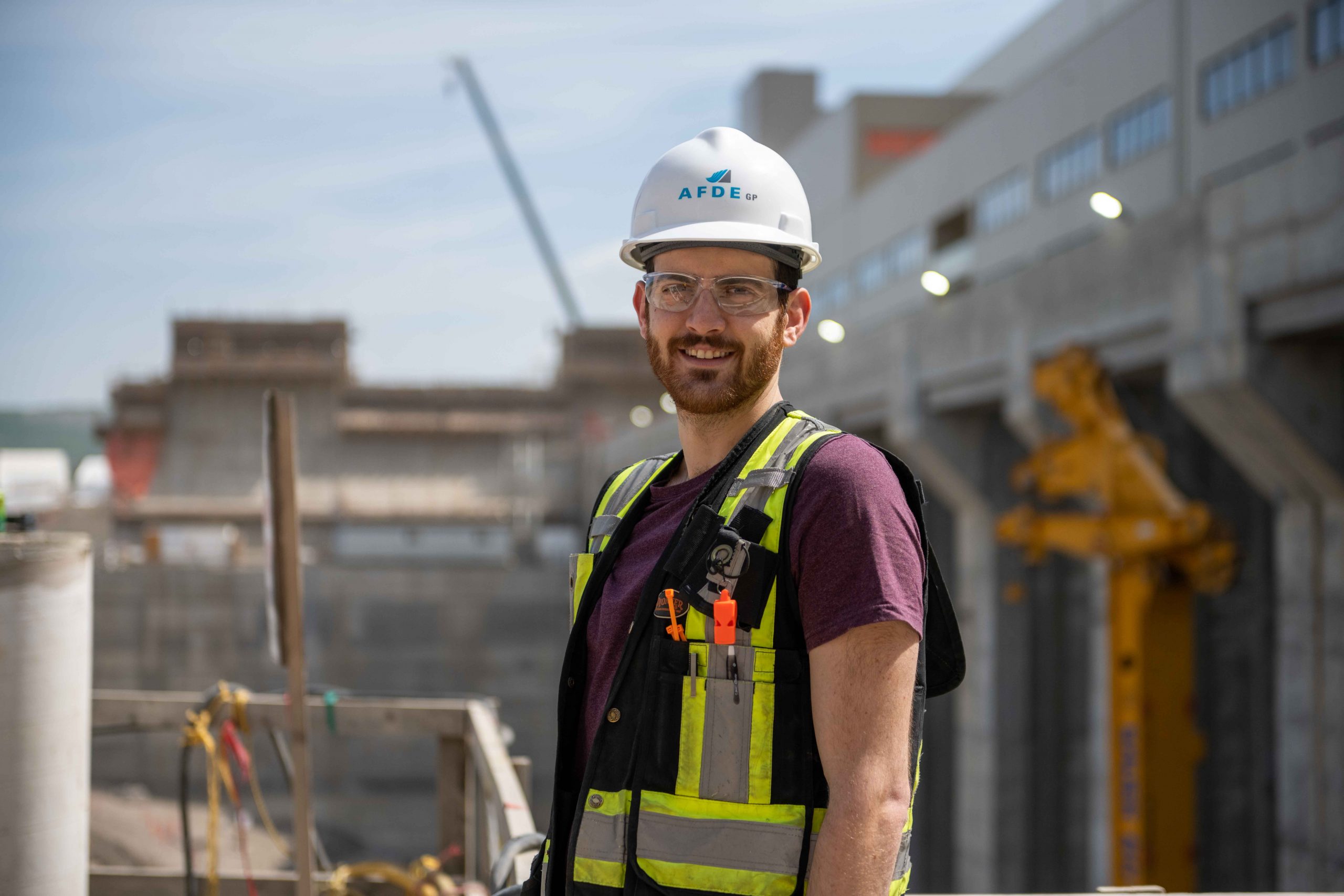 Badr grew up in Syria, and after High School began studying Civil Engineering at a University in neighbouring Lebanon.  During his freshman year in 2010, the “Arab Spring” – a series of geopolitical uprisings – swept through the Middle East, reaching Syria in 2011.  His family made the decision to seek a more stable life in Canada, and emigrated during his sophomore year in 2012, taking up residence in Montreal, and becoming Canadian citizens.

Badr resumed his studies in January 2013 at Concordia University in Montreal and graduated with his Civil Engineering degree in 2017.  Having difficulty finding work locally, he spent almost a year with a firm in Abu Dhabi, the capital of the UAE (United Arab Emirates).  He didn’t find the work very challenging, so when a friend from Concordia called him and told him that AFDE was looking for engineers, he applied and was on-site within two weeks.

He has really valued the experience he has gained working in the Powerhouse.  Initially placed under Area Manager Joel Jacques and Construction Manager Al Zoobkoff, he credits their approach to teaching and mentoring for giving him the opportunity to learn and grow as an engineer and supervisor, and he has found that this has continued with Craig Carmody and Cris Arcila.  He also enjoys the team environment.  While he is prepared for and enjoys hard work and making tough decisions, he values the fact that he never feels like he is working “solo” – the team works collaboratively, and he believes that he is also constantly learning as each member of the team brings their own unique perspectives to every challenge.  Badr’s advice to anyone new to the profession is “First, you need to love what you are doing.  Be patient, don’t rush.  Let time and the people around you teach you what you need to be successful.”

He enjoys being around people, and likes to learn about and experience different cultures, so he values the diversity on his team.  He notes that there are 9 or 10 different nationalities represented just in the office where he is located.  He feels that his team have become more like family than co-workers.

And with 4 brothers and a sister, Badr is very family oriented.  He says that his family is the most important thing in his life.  He is proud of the bakery that his brother owns and operates, where his father (who is retired) goes every morning for a coffee and to socialize with the patrons.  It is rated as one of the top Middle Eastern pastry shops in Montreal – Patiserrie Mahrouse (yes this is a shameless plug: check it out at mahrouse.ca and if you are in Montreal, make sure to visit).

Now more than ever, his work family is going to be merging with his real family.  On August 5th, Badr will be marrying Joud Debel.  Joud is an Architect, and she will be joining the AFDE Technical Team when they return from their Honeymoon.

Thanks Badr, for your hard work and for promoting the Team environment.

Welcome to the “Family” Joud! 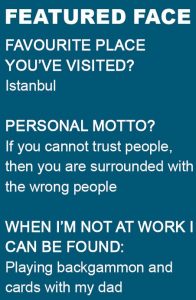